Contributors to the Growth of Humanistic Psychology

There have been many individuals who have contributed to the growth ofhumanistic psychology. The contributions of five of these individuals aredescribed below.

Snyggs and Combs (1949) helped to develop the field of phenomenology. Phenomenology is the belief that a person will behave in a manner consistentwith his perceptual field. In other words, reality is not inherent in theevent, but in the individual's perception of the event. Humanistic psychologistsdraw on this phenomenlogical belief because they strive to take into account aperson's perception of an event when studying human behavior. 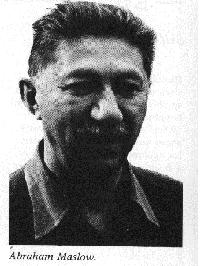 Abraham Maslow has long been recognized as one of the major contributors tohumanistic psychology. In the mid-1950s, he emphasized the need for psychologyto focus on human potentialities rather than just human deficiencies; he desireda more positive approach toward psychology. Maslow's work has helped in theunderstanding of motivation and self-actualization, one of the goals ofhumanistic education.

Morris (1954) believed that humans are able to thinkabout their thought process and then criticize and correct it. He asserted thatpeople can think about their feelings and are not just conscious butself-conscious. With self-awareness, humans struggle to better themselves. Maslow's beliefs gave rise to the philosophy of existentialism, which focuses ona person's inner awareness, personal contingency, and freedom to choose hisbehavior. 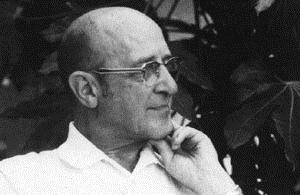 Carl Rogersmade his impact on humanistic psychology in its application to education. Hedeveloped an educational philosophy that emphasizes the importance of formingpersonal meanings during the learning process and the emotional climate neededfor creating such meanings. In addition, he focused on the emotionalrelationship between the teacher and the student.