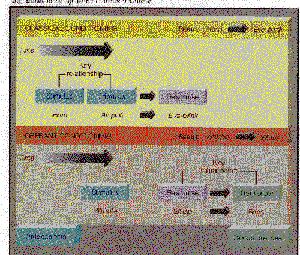 Lets look at Pavlov's example for some incite. BeforeConditioning the meat is an Unconditioned Stimulus, it causes the dogsto salivate, which is theUnconditioned Response. The bell in this case is a Neutral Stimulusbecause it does not cause the dogs to do anything.

After Classical Conditioning the bell or ControlledStimulus produces the Conditioned Response which is the salivation.

When should you employ the Conditioned Response to make it most effective? Well there are a few different times that you can present the conditionedresponse. There is Delay Conditioning, this is what is used in Pavlov'sDogs. (Using Pavlov's dogs as an example) This is when the bell is rung untilthe food is brought to the dogs.

There is also Simultaneous Conditioning, this is when the bell andthe food are brought at the same time.

Then there is Trace Conditioning which is when the the bell comes onthen goes off for a fixed amount of time before the meat was delivered.

As for what works the best, Forward Delay is usually the most effective. 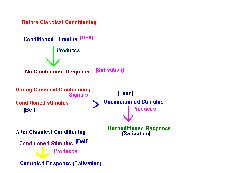